The 76ers selected Springer with the No. 28 overall pick in the 2021 NBA Draft. Family and friends at a draft party in his hometown of Charlotte erupted.

“When I found out I got drafted, they told me ‘Jaden, come downstairs,’ so I didn’t really know. I’m holding my little niece -- I’m walking down the stairs with her, and then all of the sudden everybody starts jumping and cheering. I’m like, ‘What’s going on?’ And then I finally see it. Everything just hit me at once. I was excited.”

But Jaden is not the only Springer with a connection to Rivers. As a matter of fact, he’s not even the first person in his family to be drafted by the Sixers.

Gary Springer, an honorable mention All-American at Iona College, previously matched up with the now-Sixers head coach leading up to and during their respective collegiate playing careers.

“Me and Doc were McDonald’s High School All-Americans,” said Gary Springer. “We were top kids in the country in high school, from ninth grade on up. We played in a lot of different events across the country together, so we knew each other.

“We played Marquette (Rivers’ alma mater) three times when I was in college. I got hurt the first time, at Marquette, and Doc’s mother came back and made sure that they took care of me, and got me to the hospital and back in time. His mother took care of me.”

“It’s crazy, I’m at that point where now I’m coaching guy’s sons that I played against,” Rivers said. “It’s really cool seeing these kids come into the game that have a lineage of their fathers playing.”

And the Springer connections don’t stop there. The basketball world can be small sometimes, after all.

On the scene during Cassell’s collegiate career was none other than Gary Springer:

“When [Sam] was there, I was the strength coach.” 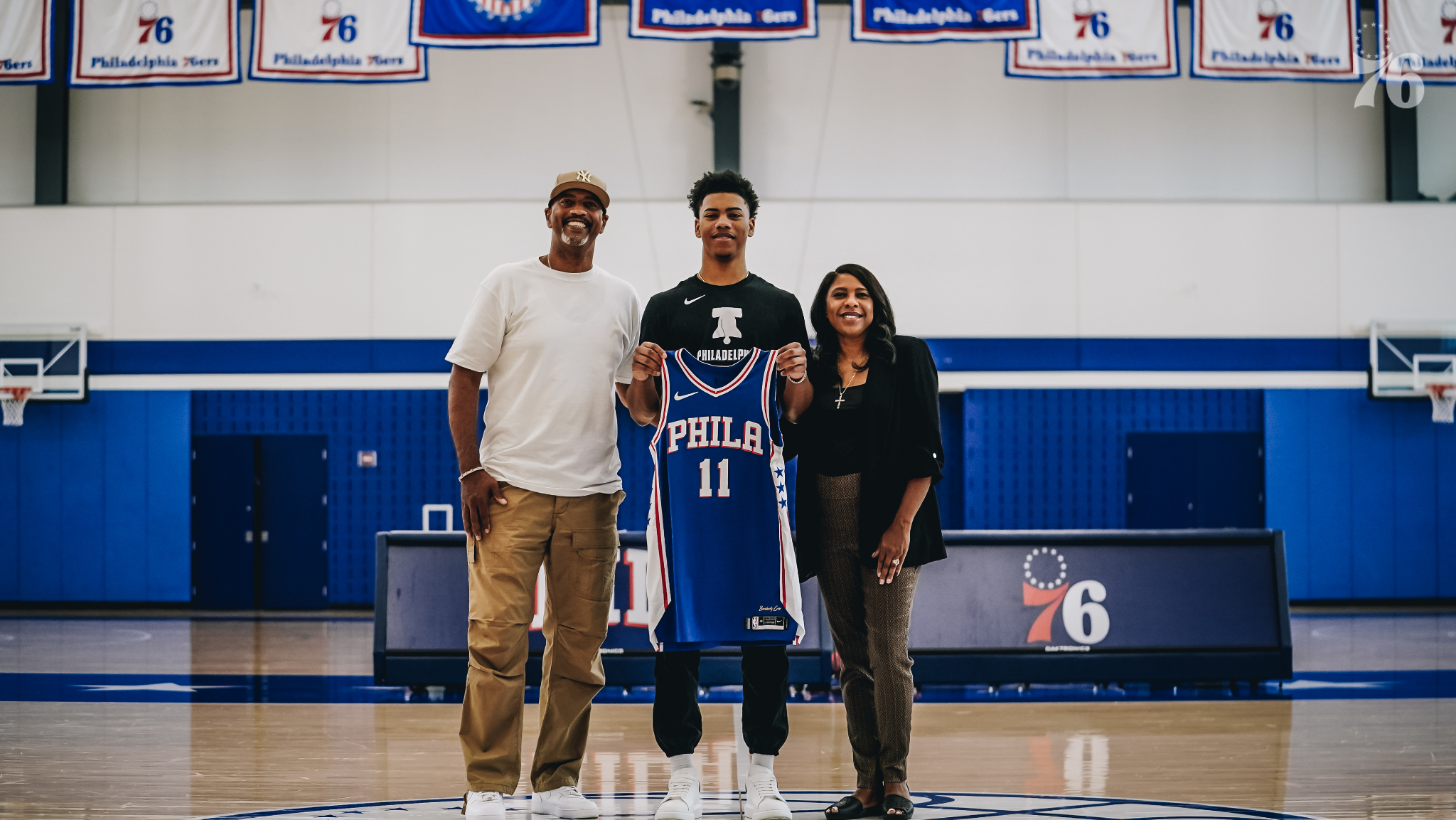 “I’ve always been around basketball since I was a little kid,” Jaden Springer says. “My cousins, my big brothers, my dad… they all played.”

One of those cousins is DeAndre’ Bembry, of the Brooklyn Nets. Bembry, a five-year NBA veteran who signed with the Nets this offseason, starred locally at Saint Joseph’s University in Philadelphia from 2013-16.

“That’s my big cousin, so he’s always been there,” said Springer. “He’s always talking to me, ever since I was a little kid. Even before basketball. I know he’s always got me.”

Bembry was at the draft party -- the one in Charlotte with plenty of celebration, and the FaceTime call.

That call is where the Doc Rivers-Gary Springer Dunk Debate begins:

Rivers got the ball rolling, according to Jaden...

“He said ‘tell your dad I used to dunk on him back in the day.’”

“False,” said Garry Springer a few days later. “If anything, I would dunk on him.

“And I’m a defensive guy, too, so I probably blocked him.”

The response from Rivers, and perhaps a truce…

“No, those are fictional stories.”

“Back in our day, no one dunked on anyone...because we would foul ‘em before they could dunk.”

Dunk debate aside, it’s all about the future now.

“I just want to watch [Jaden’s] development,” Gary Springer said. “I want to watch him grow [with] the coaching staff that they have here. Sam, Doc...I know with them being guards that they can teach him and show him a lot that will help him early on in his career.”

“I know we’ve got a winning culture, a winning history,” said Jaden Springer. “I’m ready to come in and just win some games. That’s the biggest thing for me.”

Rivers tells rookies that the draft is only the beginning.