An Unbelievable Conclusion
and the Moments that Mattered

The dust has settled what was likely the most unbelievable finish fans will witness at an NBA game all season long. Everyone has replayed the highlights of the final 4.5 seconds of Wednesday night’s Thunder game inside Paycom Center against the New Orleans Pelicans: Shai Gilgeous-Alexander evading a would-be foul, launching both himself sideways and the ball upwards towards the rim simultaneously for a game-tying 30-foot three-pointer, then New Orleans’ Devonte’ Graham hoisting a 61-foot prayer from beyond half court that banked in at the buzzer.

Because of that shot the Thunder fell 113-110, but there were moments inside the game that led to that stunning and delirious conclusion. It might have been a ho-hum 5-to-10 point final margin if not for the extra efforts and real-time development that put the Thunder in position for overtime and set up an ending that no one who watched will be able to forget for years to come.

A side-step 3-pointer from OKC’s leading scorer Shai Gilgeous-Alexander tied the game with 1.7 seconds left, but it was a last-second 60-foot heave from Devonte’ Graham that gave the Pelicans the 113-110 win on Wednesday night.

There was rookie two-way forward Aaron Wiggins getting the start in place of an injured Lu Dort – taking on the assignment of guarding Graham for most of the night and helping hold the explosive point guard to just 4-of-13 shooting, including 0-for-4 inside the arc, before that final Hail Mary shot. Wiggins was springy, saving a loose ball and throwing down a putback dunk right over Pelicans 7-footer Jonas Valanciunas. After not playing in the Thunder’s previous five games, Wiggins was ready for action in his second career start and showed continued growth as a defender and as a more balanced offensive option.

Another rookie, Tre Mann, also dazzled in the first half, cutting back door on the baseline and finishing a one-handed flush off a bounce pass from fellow first round pick Josh Giddey. One possession later, Mann buried a catch-and-shoot three at the top of the key to beat the shot clock. In addition to fighting around screens on defense, scrapping for rebounds and dishing out 4 assists, Mann found time during that pre-holidays game to put his defender, Tomas Satoransky, on ice skates as he dribbled from right to left hand between his legs, then darted forward through the lane for a lefty layup with his man left only to stare as he soared.

The two teams battled throughout the second half, as this game featured 14 ties, 15 lead changes and no lead larger than 12 points for either side. The Thunder’s bench, which doubled up New Orleans’ to the tune of 52-26 in scoring, got bursts from all over, but one of the most underrated moments came at the end of the third quarter, when Théo Maledon checked in for a total of 32 seconds.

After playing 30 minutes earlier in the day in a win for the Thunder’s G-League affiliate, the Oklahoma City Blue, Maledon had enough juice left to make an extra effort hustle play to keep an offensive rebound alive amongst much taller players. His tap out resulted in a corner three by Kenrich Williams right before the quarter buzzer sounded, giving OKC a lead heading into the final frame.

“For a guy that's like trying to fight his way back (into the rotation), it's been really impressive readiness and professionalism,” said head coach Mark Daigneault of Maledon.

Williams went 5-for-6 from deep in the game, burying one of those in the fourth quarter on a second chance snapped up by a diving Darius Bazley, and chipped in 17 points to lead the reserves.

“When guys are hustling like that, all of that energy comes back to you,” said Williams. “I appreciate those guys finding me tonight for the 3-ball.” Up to a remarkable 42.3 percent from 3 on the season, Williams and his bench mate Mike Muscala continue to steady the second unit every night. Muscala scored 16 points, including six in a row on back-to-back possessions, to keep the Thunder within one possession early in the fourth when he drew fouls on two different 3-point attempts from the same spot on the floor.

In the final minutes, it was Giddey manipulating and slipping a pass to Bazley on a quick roll to the rim, accentuating the Australian’s fourth game of at least 15 points, five rebounds and five assists this season and also rewarding Bazley for sticking with it despite taking just two shots all game prior to that.

Pelicans’ All-Star forward Brandon Ingram scored on three straight possessions, on hard drives to the rim and a midrange jumper, before Gilgeous-Alexander banked in a three to keep the Thunder within striking distance. With 5.6 seconds left and the Thunder down by three, Gilgeous Alexander tried to attack but was wrapped up quickly and fouled – New Orleans didn’t want to even give OKC a chance to tie the game. The Thunder’s leader and point guard coolly knocked down both free throws, part of a perfect 9-for-9 night for him personally and a 19-for-19 mark for the team in the game.

On the ensuing inbounds play for New Orleans, the Thunder’s defense was so tight that it forced the Pelicans to call their final timeout. So with 4.5 seconds left, the Thunder was the team with the ability to advance the ball up court. With the presence of mind to recognize that the Pelicans would likely try to intentionally foul again, Gilgeous-Alexander deftly used an escape tactic out top to avoid the call and flicked up his incredible 30-footer to tie it with 1.4 seconds remaining.

“I tried to get away from the guy as fast as possible and I wanted to go right, because that’s my comfort zone,” said Gilgeous-Alexander, who finished with 33 points on four-made 3s. “Fortunately, the shot went in.”

The entire Paycom Center crowd, the Thunder coaches and players thought overtime was inevitable. Thanks to the Thunder’s defense and relentlessness, the Pelicans couldn’t get the ball into the front court and all they were left with was the contested miracle shot by Graham over the outstretched hands of Williams.

“All those little execution things situationally add up,” said Daigneault. “We put ourselves in a really good position, all things considered… If we execute one or two more things tonight, we could have been on the other side of that.”

As the ball soared in the air there was a moment of uncertainty, but when it banked off the glass and in, the entire building knew they were witnessing history – no NBA game had ended with back-to-back 30-foot shots to tie or take the lead in the final seconds like that in the past 25 years.

“In a matter of seconds, you go from happy to wow,” said Williams.

OKC happened to be on the wrong side of that extremely rare occasion but gave itself the chance to be in the fight with moments and investments that matter. That’s something this team will continue to do all season long. 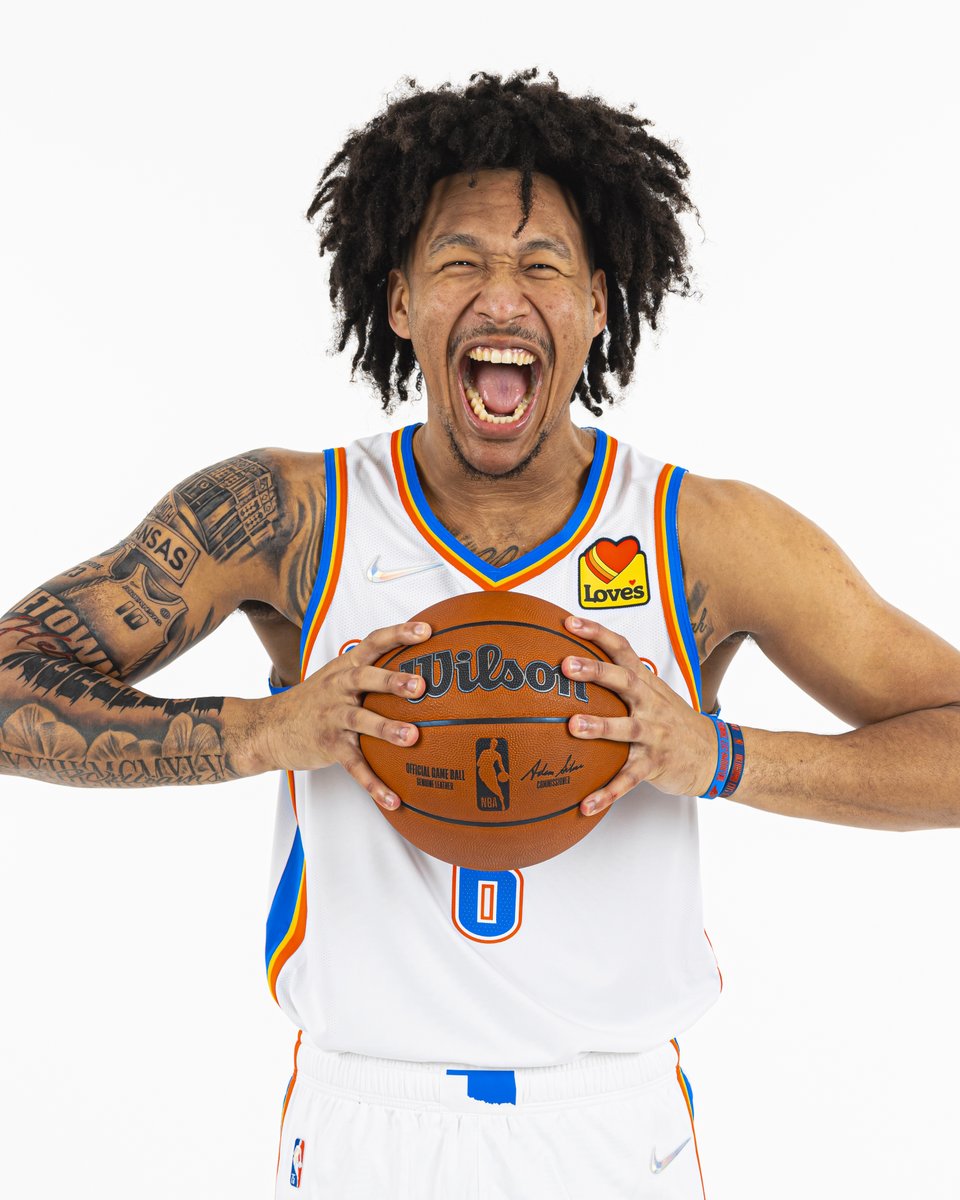 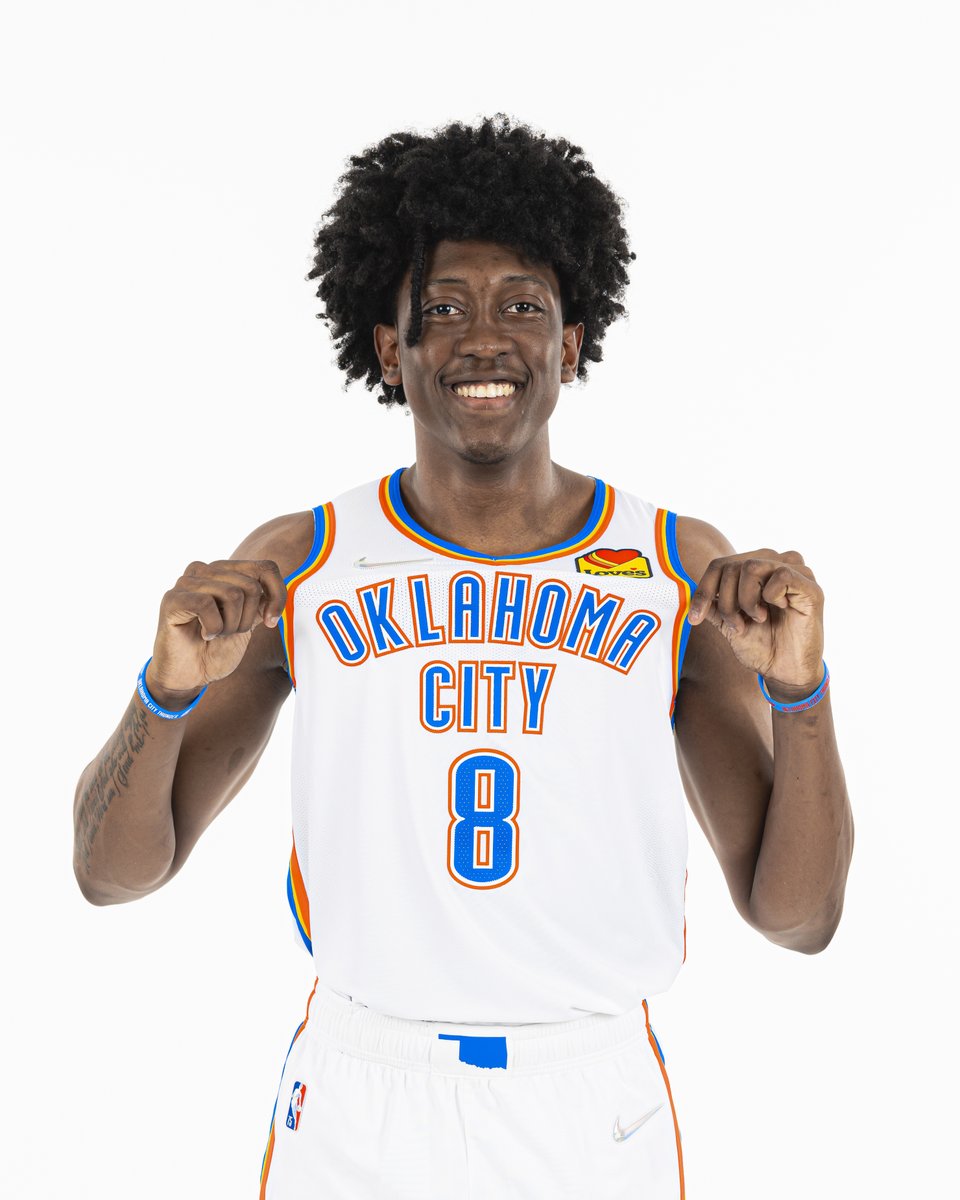